It's all happening again!

Scot AnSgeulache here,
I have ambushed the Outlandish Blog.  For why?  Well, Sam is too busy to write it.  It's that season when the Outlandish Spirits of this world (you) are frequent in their emails, wanting to join this year's Jamie and Claire tours, asking questions about them, and Herself is busy booking accommodation (always a lengthy process).
She has some interesting variations on this May tour.  The guests will be staying in one place for a wee while.  Think of it like our own Castle Leoch, from out of which forays will be happening. It gives the guests a chance to be out of the saddle for a few days, to have the run of the place, to BE. 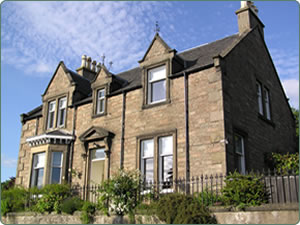 That's where we'll be staying for 5 nights of the 8.  Now that I come to think on it, it's more like staying at the Reverend Wakefield / Fiona Graham's place, don't you think?  It's actually quite close to that as well.  I trust the hot water is delivered by something more modern than a match-lit gas geizer (although if the Outlandish Spirits are looking for authenticity...)

So, Blog followers, share your comments on that, so that I know yer there.


Here's a favourite photo of mine from last May's tour - The Grain Tour - that I think gives that sense.  It's John looking over Loch Ness. 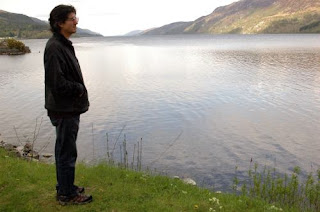 Other winter news.  We have our own Cheety.  He has adopted us, forceably at claw point.  We don't want a cheety, but he for reasons best known to his wee feline brain, has chosen to starve himself on the doorstep (and in the wood shed) rather than go home to where he gets fed, at our neighbours over the field.

He has been staking us out for almost two years, pushing his way into our house and generally being a craitur bochd.

We have cried him Faing.  He has long fang like teeth and Faing (pronounced Fank) is old Scots for a pen to hold sheep in, derived from the Norse word Fange, to imprison, take hold of, not let go.  Aye, that'll be him. 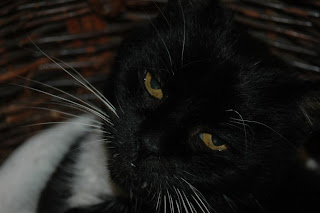 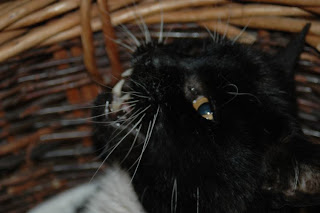 That's him after food, again.