The July Jamie and Claire Tour
for Outlandish Spirits
has room for two more adventurers!
What's the catch?
You have to sign on by May 4th!  AND you have to be willing to share a big beautiful double/king bed in our different accommodation selections.  You can be husband & wife, partner & partner, friend & friend, daughter & mum.... oh you get the picture... ALL are welcome!  And here's a picture for you: 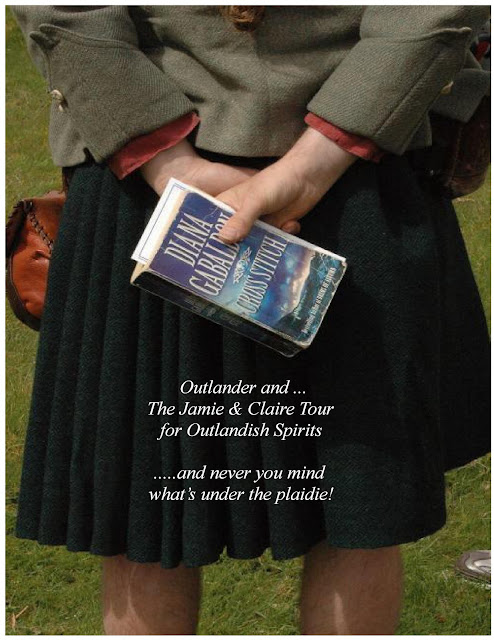 Are you OUTLANDISH enough to join us?
Go to: www.jamieandclairetour.co.uk

Come over to "Scotland for Outlanders" on fb
and see the latest updates! 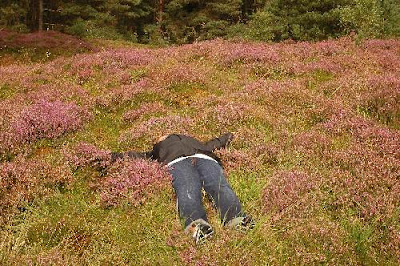 For novelists and fans of Diana Gabaldon, this post is about a very special library where some wonderful works for historical research are kept.  It's just across the fields from us and is called Innerpeffray.  It's the oldest and first free lending library in Scotland, set up in about 1680.  It's not a big place, nor is it hugely well known.  It lies on the end of a dead end track by the river, surrounded by farmed fields.  Quite unassuming really.
The collection of books, however, is truly amazing for the historical novelist or researcher.  Most, if not all, are first editions, some from the 1500s.  There are several bibles from the dawn of the printing press; there is a philosophical treatise written by King James VI of Scotland who was a keen student of the occult and indeed presided personally over some witch trials; there are other books from 1600s on Spectres and Demonology, essentially "witchfinder manuals"; there is the personal bible of James Graham, the Marquis of Montrose who led King Charles's Scottish army in our civil war in the 1640s; "Four Footed Beastes" by Edward Topsel, pub 1607, has some fabulous drawings of the animals known at the time.


To touch and hold such singular works is a pleasure, but to open them at will and read, use, learn from them is, as Lara the Keeper of Books says "our great gift". 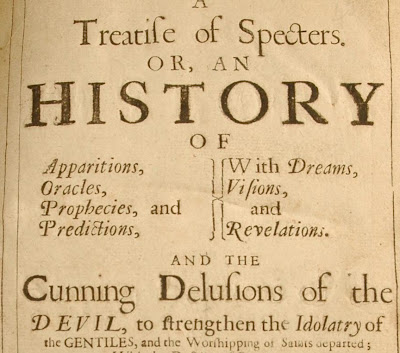 We went to the Library specifically to see their display collection on Crime and Punishment with a view to this blog.  We thought that our friends on the Compuserve books and writers forum, our blog-followers and Outlander literary fans would be interested in the library as we know that many of you write or have an interest in the historical background to some of Diana's themes and would perhaps kill a relative to get access to such a resource.  No need for grannycide!  The library is open to all, but you do have to come to Scotland, which of course many of you do.


I suppose if our tour guests were interested, it would be a location we could add to the Jamie and Claire Tour (let us know your thoughts).  One can easily spend a few hours with one's nose in these fabulous volumes, following leads of interest, liberally and enthusiastically supplied with dusty tombs by Lara and Bill and the other staff.

Scot talks about an old copy of Scot's Magazine, a periodical still in production and available worldwide.


In which he finds a famous literary inspiration...

This Highland craft is one that Scot keeps up. Today, he finished a sporan (pics) for a groom that he will be marrying (and dressing) for a wedding at MacDonald of Sleat's castle in May. It's a leather-work craft performed with hand tools.

And here's some previous sporans that he made, just for the pretty pictures.


I was thinking that perhaps the sporans would make nice additions to the tours, for my guests I mean, to wear while they hike the hills.  My Outlandish Spirits could order them in advance (made to order) and he'd have them ready for the Grand Adventure.  He can't make too many so it would be on a first come first served basis.  They cost £65 (one colour) and £80 (harlequin colours) for the ones with the belt loop and £85 for the strapped one (for ladies).  If you'd like one, you can see more on his weddings website and order them on The order page.